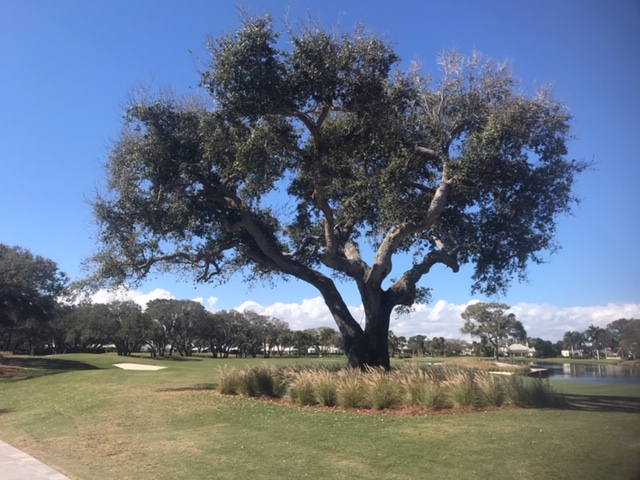 An oak tree that once stood behind the first green of the south course at John’s Island tells you all you need to know about the environmental stewardship that guides every decision of the Lost Tree Village Corporation.

Other developers might have uprooted the tree to make way for the professionally designed course. But Lollie Stone and her family don’t do things that way. Instead, they re-routed the golf course.  That tree, and others like it along the course, are emblematic of a family that believes in harmony between the natural environment and the people who inhabit it.

Today, the West course is part of Florida's Certified Audubon International Cooperative Sanctuary of Golf Courses. As a member of the Sanctuary Program, John's Island is certified as having an environmental management plan for the golf course that improves efficiency, conserves resources, and promotes conservation efforts.

Look around John’s Island...more than 300 varieties of flowering shrubs, plants, and trees, all cared for as though they were loving friends...44 species of birds, which flourish under the guidance of the Audubon Society...natural grades to the landscape...electrical systems, phone lines and other utilities all underground...a private sewer system...and some of the strictest community regulations in the state of Florida.

From the initial designs, created in consultation with professional planners from across the country, to today’s thriving community, John’s Island is synonymous with environmental stewardship, led by the Lost Tree Village Corporation. 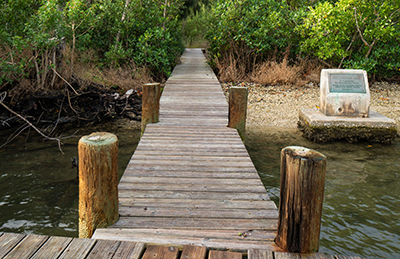 In the mid-1980s, the Lost Tree Village Corporation was preparing to move forward with the development of islands that it owned just north of what is now the Merrill Barber Bridge.  These islands were covered in spoil material from the dredging of the Intracoastal Waterway and surrounding waterways many years beforehand and consisted mostly of exotic Australian Pines and Brazilian Pepper trees.  The resulting deep water would have allowed for a unique boating community and with restoration and careful planting would have continued the same environmental stewardship as John’s Island.

As the approval process began, it became clear that the community wanted to purchase these islands so that they could be restored and made available for appropriate public use.  Lollie agreed to hold off on development while a $26 million bond referendum was held to buy the islands and environmentally sensitive lands.  After a long and arduous process, many years later Lost Tree Village sold the islands and surrounding submerged lands to Indian River County, Vero Beach and Indian River Shores.  This transaction was made possible through a Florida Communities Trust grant, a significant donation through a bargain sale and a commitment by Lost Tree Village Corporation to restore the nearby disconnected mosquito impoundment McCullers Point.

The resulting Lost Tree Islands Conservation Area is comprised of approximately 508 upland, wetland and submerged acres with deep water and some shallower areas.  While some removal of exotic Australian Pine and Brazilian Pepper has been conducted, a comprehensive restoration plan has not been implemented or funded. Joe Earman Park has a small dock and picnic facilities.