What began as viable farmland in Indian River County for two settlers following the Civil War soon grew into a thriving community by the early 1900s. Known as John’s Island, in the namesake of its original settler John La Roche, the modest island housed two churches and a school.  Abandoned in the 1920s, the land was deserted and the tropical jungle took over the farmland including the old cemetery, where the original settlers are buried.  Years later, committed to preserving its natural beauty, Fred R. Tuerk acquired John’s Island plus 3,000 acres around it.  When he died, his heirs sought to find a purchaser who would respect the land.

In 1969, E. Llwyd Ecclestone, Sr., who had demonstrated such respect in founding and developing Lost Tree Village in North Palm Beach, purchased the property from Mr. Tuerk’s estate.  He had a special vision – to create one of the world’s finest, private, family-oriented club communities that would respect and embrace the natural beauty of the land and miles of waterfront along both the Atlantic Ocean and the Indian River Lagoon.  The architectural style, influenced by the noted James E. Gibson, included homes strategically built in the shadows of majestic live oaks with careful preservation of the pristine natural environment, which is still evident today.  Most distinctive of all are the street lamps, cast from the same dies as the gaslights in the city of Philadelphia circa 1850.

Upon Mr. Ecclestone’s death, his daughter Helen “Lollie” Stone took the lead role in the development of the John’s Island property.  Lollie applied the sensitivities and perspective of a John’s Island homeowner plus the finely honed skills of a professional developer to create a unique community of exquisite beauty, respect for the environment, and a lifestyle suited to families of different sizes and needs.

Over time, her vision led John’s Island to welcome not only traditional houses but also cottages and condominiums.  World-class golf courses were added along with golf clubhouses and a beach club, now complemented with first-class recreational facilities.  Through it all there has remained a continuity of design and aesthetics and a commitment to environmental preservation, especially along the Indian River Lagoon where meticulously trimmed mangroves provide beautiful landscaping, shoreline protection and habitat for juvenile fish and other aquatic species.  Development is balanced carefully with the environment, including preservation and appropriate enhancement.

John’s Island continues to grow and evolve. But one thing remains constant: John’s Island will be as breathtaking in the future as it is today. 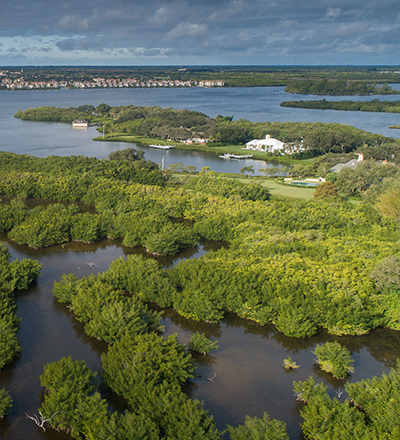 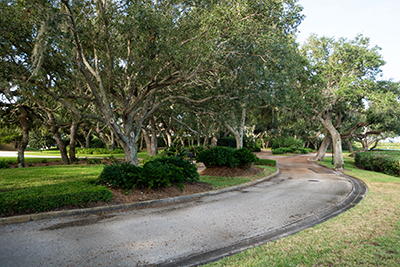